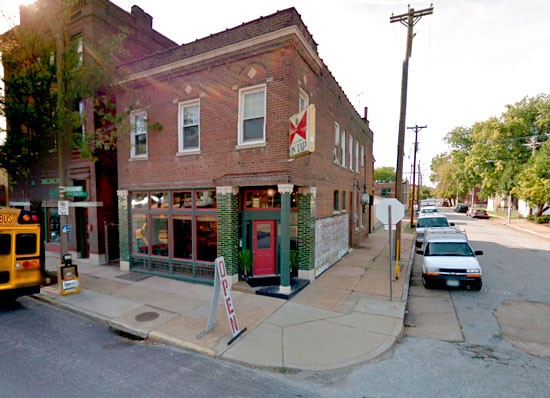 Recently, I flew back to my hometown of Chicago to visit my children and some good friends.  It had been a while since I had been in the city I called home for more than 60 years.  I proved to myself that I could still navigate the neighborhoods on instinct and that I had not forgotten where to score the best Italian beef sandwiches…. Al’s in Little Italy.  I was welcomed warmly and played in the weekly blues jam at a club by my old house.  There’s nothing like playing blues in Chicago. If you can play it there, you can play it anywhere.  It was a great trip.

I was flying home on Sunday night. As I got close to Midway Airport, I realized that I had a couple of hours to kill before I needed to be in the terminal. I decided to drift over into nearby Clearing, a working class neighborhood just west of the airport, to see if my old friend, Brick, was working at the Crescent Moon Tavern. The Bears were playing so there was a good chance he would be there.

I got to know Brick years ago through various blues jams around the city. He plays sax. He’s pretty good but, unfortunately like many musicians, he can not make enough money to sustain a daily existence so he doubles as the manager of the Crescent Moon Tavern, his cousin’s place right by the airport. How close to the airport, you ask? Even with the TV volume way up, it routinely gets drowned out by jet noise.

Brick and I caught up on old times while watching the Bears stage a comeback resulting in a win for them. There were high fives all around and the house bought a round for everyone (Brick was not really being THAT large … there were 12 people in the joint).

Someone then suggested that Brick switch to CNN. That solicited a response from the guy next to me. He was about my age (mid 60s) with a “Monsters Of The Midway” t-shirt. Like the vast majority of Clearing residents, he was also white.

“Why you gotta put dat garbage on? It’s all fake news!”

Brick changed the channel anyway. In the backwash of the Senate confirmation hearings for Justice Kavanaugh, we were immediately presented with a video of Senator Orrin Hatch lashing out at protestors who were identified as assault survivors. Senator Hatch waved his hand dismissively as he told them to “grow up”.

“Dats not true! Those were paid protestors! Haven’t you seen the unedited video??”

I turned to face him directly. “Why not show us the full, unedited video, then?”

“So that means ‘no’ on producing the video?”

“You go find it yourself. Do I hafta do everything for you?”

“You never saw this so-called ‘unedited’ version either did you? You heard someone like Hannity tell you that there was a different version that somehow justifies Hatch’s actions and that was all you needed.”

“It was Tucker Carlson.”

“That does not make it any more believable, my friend. And, truly, it doesn’t matter where you heard it. You believe that there is a different version and that is all you need.”

“You made a statement of fact. I asked you to prove it. You DO realize how the ‘burden of proof’ actually works, don’t you? You expect me to believe you blindly like you believe Tucker Carlson?”

“I just told you! There is a video that justifies what Senator Hatch did.”

A lightbulb came in in the back of my brain. “Hold on a second. Even if these protestors are paid, Hatch’s actions are still disgusting. He could not have known that at the time. Your statements, even if they are true, serve only to make you feel better about Hatch being a jerk.”

“But, that’s what I’m telling you. There’s a video that proves that they’re paid.”

“A video that you are unwilling or unable to produce and, unlike you, I need actual facts. I do not believe something just because someone like Tucker Carlson says so.”

“Dat’s the problem with you liberals. You will never know the truth.”

I smiled and got up to shake hands and hug Brick. I told him that I’d send him my address so, if he’s ever in Philly, he can stop by.

“Got nothing to say, liberal?” Monster Of The Midway said, tauntingly.

“I’ve got a plane to catch and, if I stay here any longer, I’m afraid that my IQ will start to drop.”

“Here’s to Justice Kavanaugh!”, he said.

I smiled and walked out. I was suddenly feeling drained, afraid for my country, and sorry for those functioning solely on blind faith.

2 thoughts on “Functioning On Blind Faith”

I prefer peace. But if trouble must come, let it come in my time, so that my children can live in peace. – Thomas Paine

Peace cannot be kept by force; it can only be achieved by understanding. – Albert Einstein

The most valuable possession you can own is an open heart. The most powerful weapon you can be is an instrument of peace. – Carlos Santana

It is not enough to say we must not wage war. It is necessary to love peace and sacrifice for it. – Martin Luther King, Jr.

Even peace may be purchased at too high a price. – Benjamin Franklin

I think that people want peace so much that one of these days government had better get out of their way and let them have it. – Dwight D. Eisenhower

If civilization is to survive, we must cultivate the science of human relationships – the ability of all peoples, of all kinds, to live together, in the same world at peace. – Franklin D. Roosevelt

Hope is like peace. It is not a gift from God. It is a gift only we can give one another. – Elie Wiesel

If someone thinks that love and peace is a cliche that must have been left behind in the Sixties, that’s his problem. Love and peace are eternal. – John Lennon

Central Standard Time is published by Joseph S. Tortorici who is solely responsible for its content.